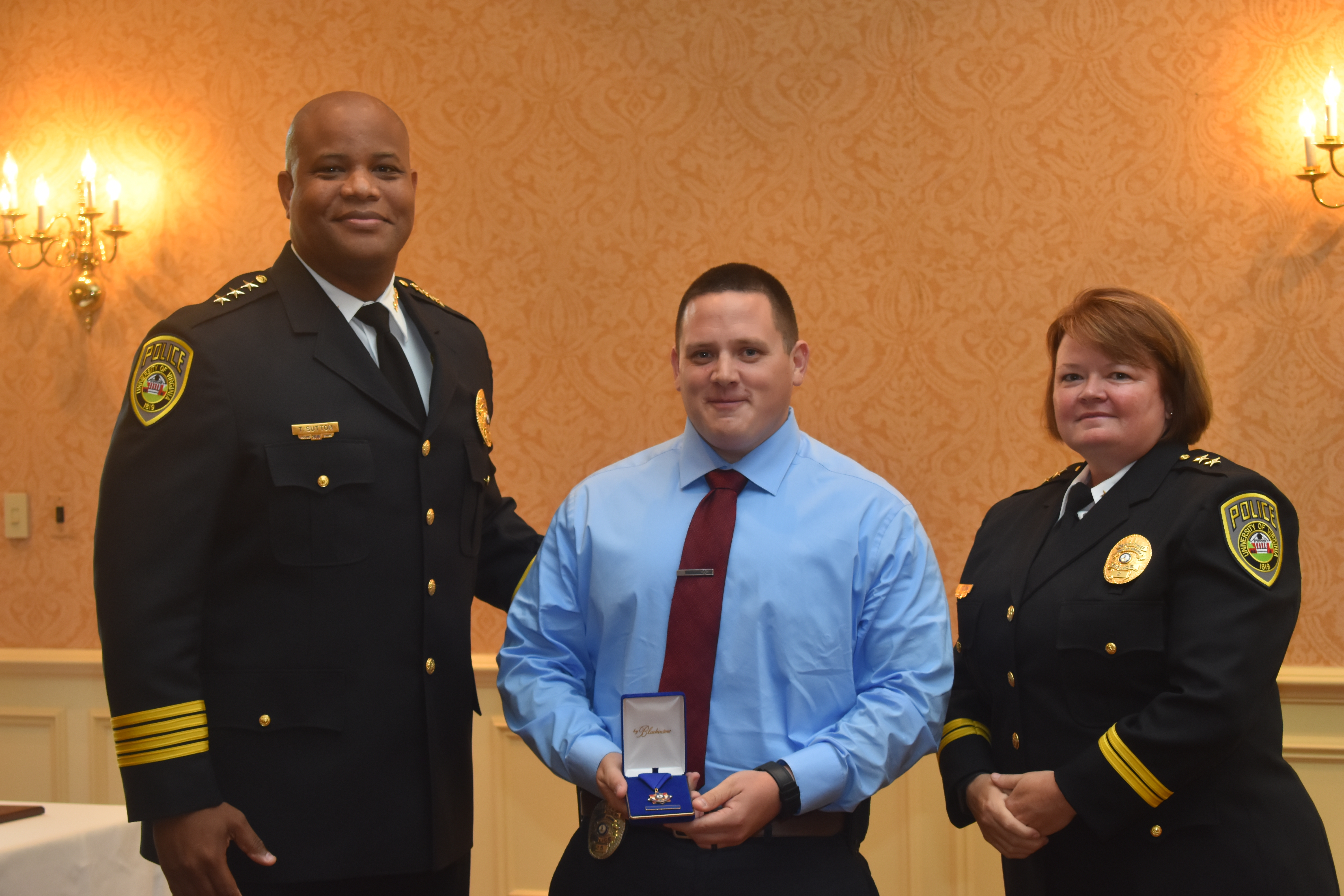 The Department of Safety and Security (DSS) turned the corner on its first year by formally recognizing twelve individuals for their extraordinary service to safety and security at UVA.  Awardees were selected from within the department and from among community partners in the region.

Associate Vice President for Safety and Security Gloria Graham kicked off the awards ceremony by recognizing members’ teamwork. When the University combined safety operations in 2018, she said, the intention was to enhance synergy, collaboration and support. Today DSS comprises Clery Compliance and Youth Protection, Emergency Management, Threat Assessment, Safety and Security Technology, and Police. “We continue to build a holistic department,” said Graham. “We support each other. We rely on each other – not only when things are going smoothly, but even more when they’re not.”

Graham thanked DSS members for making the sacrifices necessary to keep our community safe day in and day out because “emergencies don’t schedule themselves.”

These are the award recipients:

Retiree Lt. Maryann Gritmon was thanked for 33 years of service, and Captain Don McGee for 35 years.